Today, many pharmaceutical microbiologists and regulators ask if the use of automated plate readers such as the Growth Direct™ System should be considered an alternative microbiological test method and subject to full method validation. Or is it merely automation of the incubation and reading of a traditional microbiological method and, hence, subject to a more limited verification?

In a new paper published in the PDA Journal of Pharmaceutical Science and Technology, Method Verification Requirements for an Advanced Imaging System for Microbial Plate Count Enumeration, authors David Jones, Ph.D. and Tony Cundell, Ph.D., member of the USP Microbiology Committee of Experts, describe the Growth Direct System and answer questions about the technology and whether it may differ from traditional microbial testing methods used for product testing, environmental monitoring, and water testing.

The authors also discuss if the Growth Direct System meets the conditions stated in USP <1223> Validation of New Microbiological Testing Methods and the industry practice document, 2013 PDA Technical Report 33 (Revised) Evaluation, Validation and Implementation of Alternative and Rapid Microbial Methods, signifying that it is an automated system for the incubation and reading of the traditional plate count and does not require full validation as an alternative microbiological method.

The paper provides a brief overview of the historical development and limitations of the plate count method, including the pioneering work of Robert Koch, Louis Pasteur, Joseph Schroeter, and Joseph Lister.

It acknowledges that the plate count method has a long history and is a simple, low-cost, and reliable microbiological technique. However, the paper emphasizes that the method has a myriad of disadvantages: from uneven distribution of the colonies within the semi-solid media to the need for well-trained and experienced microbiologists to achieve the most accurate results.

An early precursor of the Growth Direct System was Frost’s Little Plate Method for counting bacteria in milk. The advantages of the method were the shortened incubation period, lower cost, portability of the method, and the permanency of the record when the slide was dried, fixed, and stored.1 The shortened incubation period due to counting micro-colonies is common to both Frost’s Little Plate Method and the Growth Direct System. 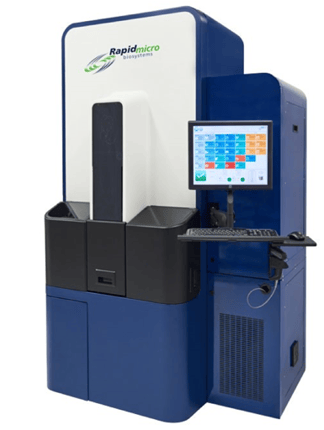 Bar-coded cassettes containing the media and the membrane on the surface of the media are introduced into the system via a carrier. A robotic arm picks up the cassettes. The system then reads the bar code to determine the sample identification and incubation parameters and transfers the cassette into the built-in incubator. To create an image time series that differentiates growing micro-colonies from debris, the system periodically removes cassettes from the incubator, images them, and returns them robotically.

Growth Direct uses intrinsic autofluorescence—blue light excitation and green light emission—for the detection of micro-colonies. A major advantage of using intrinsic fluorescence is that light emission does not require any reagents and the membrane filter may be sequentially excited by blue light to help differentiate growing micro-colonies from autofluorescent debris (Figure 2). 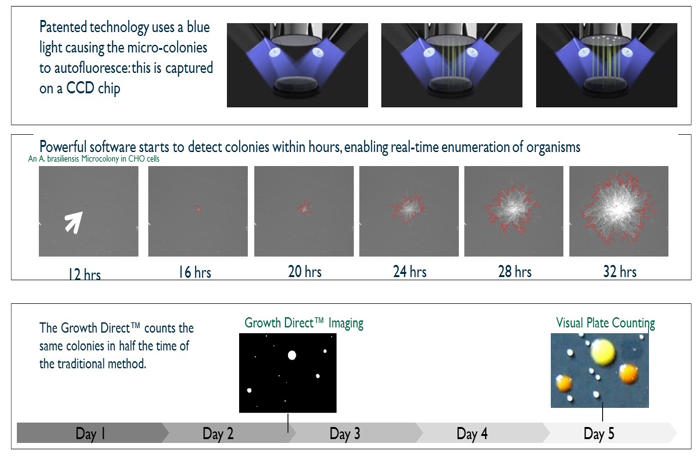 Figure 2. Schematic of the detection of the autofluorescence of cells in micro-colonies.

The authors cite various sources to support their thesis that Growth Direct can be implemented in a microbiology lab using simple method verification with the need for a full method validation:

The authors make a strong case that the Growth Direct System meets the conditions stated in USP <1223> and the industry practice document PDA Technical Report No. 33: Growth Direct is an automated system for the incubation and reading of the traditional plate count and hence does not require full validation as an alternative microbiological method.

Learn how Growth Direct can increase the efficiency and productivity of your microbiology QC lab.

Join the thousands of professionals who regularly receive valuable news & updates on the latest trends.