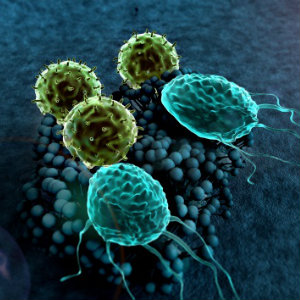 As part of the article, Dr. Sandle highlights some of the most commonly overlooked considerations related to fungal contaminations in QC labs:

According to Dr. Sandle, more than half the world’s fungi found in the environment is potentially hazardous to one’s health. In pharmaceutical manufacturing specifically, two of the most common fungal contaminations are found through the inhalation of spores (breathing treatments, inhalers, etc.) and through contact with skin(creams and ointments).

Another commonly miscalculated aspect of fungal contamination, according to Dr. Sandle, is the high level  of product recalls that are fungal related. Dr. Sandle’s research revealed the number of fungal incidents and recalls is increasing. Among the common reasons for many of the recalls are improper sterilization validation and deficiencies in aseptic processing, media fill failures, and package integrity deficiencies, all of which are easy to resolve.

Dr. Sandle highlights some key areas on which QC labs should focus in order to prevent fungal contaminations. A few are listed below.

In addition to the above, poorly ventilated areas or workspaces that cause insufficient air flow can lead to fungal growth and subsequent contaminations. Regarding contaminations as they relate to personnel, Dr. Sandle argues the extent to which this happens is greater than previously thought. Additionally, sample packaging items and other materials transferred into a QC lab’s workspaces also pose contamination risks.

Though the above influences may seem like common sense, they are often overlooked. And with fungal contaminations on the rise, it’s more important than ever pharmaceutical manufacturers put more emphasis on understanding and assessing these risks.

Through automated, non-destructive rapid testing, samples can be taken for identification faster, and fungal contaminations uncovered Learn more about the benefits of automation here.