Rob has more than 20 years of leadership experience. Before joining Rapid Micro Biosystems, he was Vice President and General Manager, Americas, for the Microbiology Division of Thermo Fisher Scientific.

Earlier in his career, Rob was a senior consultant within the Life Sciences and Healthcare practice of Deloitte Consulting and an aviation officer with the U.S. Army.

Rob holds a BS in Economics from the United States Military Academy at West Point and an MBA from Columbia University, where he was the Dr. Donald Bibeault Scholar.

Sean has over 25 years of broad financial experience in the healthcare and technology industries. Most recently, he served as Vice President, Finance and Controller of Asia Pacific, Middle East and Africa (AMEA) for Boston Scientific, a manufacturer of medical devices. In this role, he led all aspects of financial management for the AMEA region, as well as providing regional oversight for the strategic pricing, reimbursement, supply chain, and business development functions. Prior to that, he served as Vice President of Investor Relations at Boston Scientific, in progressive roles at Varian, Inc. including Vice President and Controller and Vice President, Finance and Treasurer, and as Corporate Controller at Quova. Sean began his career with PricewaterhouseCoopers, serving emerging, high-growth clients across the healthcare and technology industries.

Sean holds a BS in Accounting from the Carroll School of Management at Boston College. He is a Certified Public Accountant and a member of Financial Executives International (FEI) and the Association of Financial Professionals (AFP).

John has over 20 years of progressive experience to RMB from Medtronic and Becton Dickinson. He joins us from Becton Dickinson where he was the Vice President Operations, Biosciences Division.  John has held multiple leadership positions in quality, operational excellence, global operations, product development and direct day-to-day plant management activities.

Vicki Vezina joins Rapid Micro Biosystems as their Chief Human Resources Officer. Vicki is a Global Human Resources Executive with 25 years of progressive HR experience across multiple industries where she has been effective at impacting business results and culture change by aligning business and people strategies. She has a strong track record of designing and implementing HR operating models: to attract and develop high-performing teams. Vicki has held such positions as Chief People Officer, Chief Human Resources Officer, Vice President of Talent Management and Development with SimpliSafe, Skyworks Solutions and ThermoFisher Scientific, respectively. She has built her career by working in high growth companies, helping the leadership teams develop scalable and sustainable talent strategies to support the business objectives.

Vicki holds a Masters in Organizational Psychology from William James College and a Bachelors of Art from Clark University. She sits on the Advisory Board for the George Washington University Transformative Leadership in Disruptive Times Certificate Program.

Gurinder brings 20+ years of corporate and financial strategy, business development, and investment experience to RMB. He joins the company from Advent International, a highly successful global, growth-oriented private equity firm where, over 12 years, he grew his career from Principal to Partner & Managing Director. He led numerous private equity investments, where he closely partnered with management teams and developed strategies to drive significant organic and inorganic revenue and earnings growth. Prior to Advent, Gurinder spent five years at Bain Capital where he built his career from Associate to Vice President. He started his career at Credit Suisse, where he was an Analyst on the investment banking team.

Gurinder holds an MBA from the Harvard Business School, and an HBA from the Richard Ivey School of Business at the University of Western Ontario in Canada.

Steven brings more than 25 years of customer service experience in the medical device and diagnostics industry. Most recently, he held the position of Senior Director of Service Transformation in Latin America at bioMérieux, where he focused on standardization and optimization of service delivery in a high sales growth region.

Scott has over 20 years of sales experience in the healthcare and technology industries. He spent 7 years in progressive roles at Intuitive Surgical (NASDAQ:ISRG), including Area Vice President for the US Southeast / Mid-Atlantic region. In this role, he led a 120-member sales team across 7 states and 270+ hospitals, growing the region to consecutive #3 and #2 rankings in worldwide sales, and #1 in new technology sales, and generating $200 million in revenue. Scott has also served as President of Compass Surgical Partners, a private firm that manages ambulatory surgical centers, Managing Partner of Surgery Center Development Co, a multi-specialty outpatient surgical center business, and in multiple sales roles at C.R. Bard, GlaxoSmithKline and Verizon.

Jeffrey Schwartz is a Managing Director of Bain Capital Life Sciences, where he is a founding member of the team. Prior to co-founding Bain Capital Life Sciences in 2016, he was a leader within the healthcare vertical of Bain Capital Private Equity. He currently is a board member of Hugel, QuVa Pharma, and Springworks Therapeutics.  Since joining Bain Capital, Mr. Schwartz has been actively involved in a wide spectrum of healthcare companies in which Bain Capital Private Equity has made investments  Air Medical Group Holdings, Beacon Health Options, CRC Health, HCA, Lake Region Medical, Quintiles, and Warner Chilcott.  In addition, he currently sits on the board of the Commonwealth School and the Boston Medical Center Philanthropic Trust.

Prior to joining Bain Capital, Mr. Schwartz served as an Equity Research Analyst at Lehman Brothers, working in both New York and London.

Rob has more than 20 years of leadership experience. Before joining Rapid Micro Biosystems, he was Vice President and General Manager, Americas, for the Microbiology Division of Thermo Fisher Scientific.

Earlier in his career, Rob was a senior consultant within the Life Sciences and Healthcare practice of Deloitte Consulting and an aviation officer with the U.S. Army.

Rob holds a BS in Economics from the United States Military Academy at West Point and an MBA from Columbia University, where he was the Dr. Donald Bibeault Scholar

Bruce is an Advisor to Xeraya Capital. He has more 30 years of management, marketing and business development experience in life sciences and high technology companies.

He was the founding President and CEO of three early-stage biotechnology companies: Acacia Biosciences (acquired by Rosetta Inpharmatics), Cellerant Therapeutics and VitaPath Genetics. Bruce served as CFO at GeneSoft Pharmaceuticals and has also held senior positions in business development and marketing at SEQUUS Pharmaceuticals and in the International, Management Services, and Information Technology business units at Baxter International.

Bruce was the President and COO of ViTel International Inc., a pre-internet electronic messaging company. He also served as a management consultant with Monitor Company, working in the healthcare and high technology sectors. Bruce was a member of the founding team of the Tufts Veterinary School and a regional manager of the National Health Professions Placement Network.

He is currently serving as CEO of Prime Biologics, a Xeraya portfolio company. He represents Xeraya on the boards of Chrono Therapeutics and Iconic Therapeutics.

David Hirsch is a founder and Managing Director of Longitude Capital. He focuses on investments in biotechnology. From 2005 to 2006, Dr. Hirsch was a Vice President of Pequot Ventures where he worked in the life sciences practice.

Prior to Pequot, Dr. Hirsch was an Engagement Manager in the pharmaceutical practice of McKinsey & Company. While at McKinsey, he worked with many large pharmaceutical companies across a range of projects including clinical and commercial strategies, M&A evaluations, portfolio prioritization, and managed care strategy.

Dr. Hirsch holds a Ph.D. in Biology from Massachusetts Institute of Technology, and MD from Harvard Medical School, and a BA in Biology from The Johns Hopkins University.

Richard has more than 25 years of financial, operational and business development experience in the healthcare industry.  Richard is currently Chief Operating Officer of Strongbridge Biopharma (NASDAQ:SBBP), a commercial stage rare disease pharmaceutical company.  Richard also serves as Managing Partner of Quaker Partners, a healthcare-focused venture capital and growth equity firm with $700 million under management, where he has led investments and served as an active Chairman or board member of more than a dozen private and publicly traded companies, including Rapid Micro Biosystems.

Previously, he held positions in sales, marketing, global business development, and venture capital at GlaxoSmithKline (GSK) and its corporate venture arm, S.R. One.

Richard began his career as a Certified Public Accountant initially with KPMG, and his practice had a significant emphasis on the healthcare and emerging businesses sectors.

Richard is an adjunct faculty member at Lehigh University and Chairman of the board of directors for Restorative Therapies. Richard holds an MBA and a certificate degree in the graduate program in health administration and policy from the University of Chicago and a BA in Business Administration and Accounting from Franklin and Marshall College.

In addition to his corporate leadership role, Nat was directly responsible for all of Pfizer’s internal and external supply organization, a global enterprise with as many as 38,000 employees and more than 100 manufacturing facilities supplying small and large molecule pharmaceuticals, vaccines, consumer, nutrition and animal health products.

He played a leadership role in shaping a mission-driven and values-based culture as the company went through phases of growth, mergers, and acquisitions and transformation. His relentless focus on Quality and Compliance became a competitive advantage.

Mr. Ricciardi earned a degree in Chemical Engineering from the City College of New York (CCNY) and an MBA in Finance and International Business from Fordham University.  He serves on the Board of Directors of Dynavax Technologies, Inc., Asterias Biotherapeutics, Inc., and is on the Strategic Advisory Board of HealthCare Royalty Partners. He is currently a member of the Board of the 21st Century Foundation of CCNY.

Alexander Schmitz is a partner at Endeavour Vision, investing in medical technology and digital health companies across multiple therapeutic areas.

Mr. Schmitz brings more than two decades of business and strategy experience in both medical device and high-technology companies. He currently represents Endeavour Vision on the boards of Nuvaira, Rapid Micro Biosystems, Relievant, and VentureMed, and led the firm’s investments in V-Wave and Gynesonics. He previously served on the boards of VertiFlex (acquired by Boston Scientific in 2019). He is a member of the steering committee for PCR Innovators’ Day and serves as both a jury member and expert panelist for the Healthtech Summit.

Prior to joining the Endeavour Vision team, Mr. Schmitz spent nine years with Biosensors International Group, an interventional cardiology company, where he served as vice president of business development. He previously worked with LogiSpring Ventures, MicroStrategy and McKinsey & Co.

Dr. Monath is a Partner, Pandemic and Biodefense Fund, at Kleiner Perkins Caufield & Byers. He is also Adjunct Professor, Harvard School of Public Health. Between 1992 and 2006, Dr. Monath was Chief Scientific Officer and an Executive Director at Acambis, plc where he directed R&D on dengue, West Nile, Japanese encephalitis, yellow fever, Clostridium difficile, and smallpox vaccines for defense against bioterrorism.

Dr. Monath retired from the US Army as a Colonel in 1992 after 24 years in the uniformed services. Between 1973 and 1988, he was Director, Division of Vector-Borne Viral Diseases, Centers for Disease Control, Fort Collins, Colorado, and from 1989-1992 he was Chief, Virology Division, US Army Medical Research Institute of Infectious Diseases (USAMRIID).

Dr. Monath received his undergraduate degree from Harvard College and his MD from Harvard Medical School and trained in internal medicine at the Peter Bent Brigham Hospital, Boston. Dr. Monath is also Adjunct Professor, Harvard School of Public Health and on the editorial board of five scientific journals. 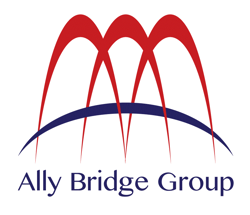